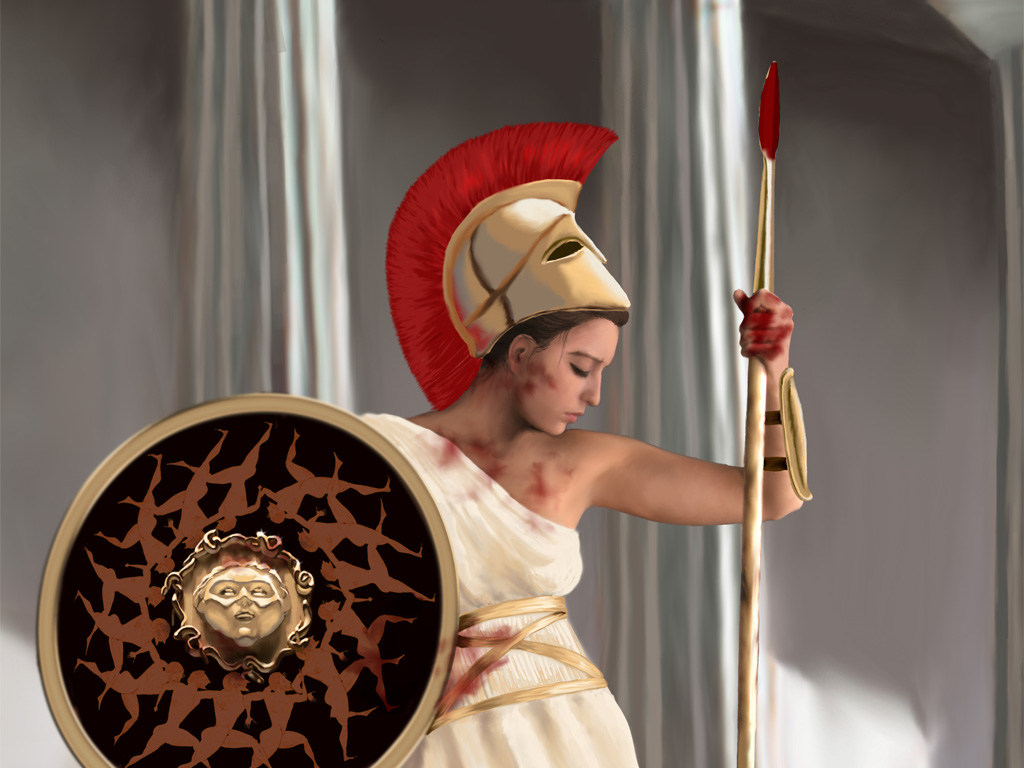 Yeah......I represent this woman. Wow.... I am so satisfied with this role because she is always the winner of any competition. Firstly, let me introduce my family background. My father is Zeus and my mother is Hera. Before I was born, Zeus swallowed my pregnant mother because of an predict. However, when I was born, he got a bad headache. So he had to let me out. And after a while, he found that I am a girl. Thus, I became one of his favorite children.  Aphrodite made Hephaestus  love me, but I married him. But I am still a virgin. Thus, of course, I haven't got a baby. Sun, golden shield and helmet, spear, spindle, bowl, intertwined snakes, the Parthenon, the seven auras, and the Number 7 are my symbols.  I control wisdom and skills. When  Hera (the goddess of marriage), Aphrodite and me were  attending a wedding, we had an argument about who was the most beautiful lady among the gods. And Pairs chose Aphrodite  instead of me. So I was really angry. But Aphrodite exchanged some conditions with Paris. She promised to give Paris the most beautiful lady in the world--------Helen. But Helen had already married with someone else. So this caused Trojan War.  Emm.....That's not all, but I don't want to write anything else.