Name:
The three furies. (Alecto, Megaera and Tisiphone)
Control:
people's uneasy, revenge, envy and hate.
Symbol:
Three tall woman, had snake hair in their head, and blood tears from eyes, shoulders has wings, holding    vipers.
Personality traits:
Never give up to pursue every a vicious thing, especially to kill relatives. Domineering, break the promise, and neglect the guests should also be punished.
Didn't married, No Childern.
Came from:
When the Titan Cronus castrated his father Uranus and threw his genitalia into the sea, the three furies emerged from the drops of blood. 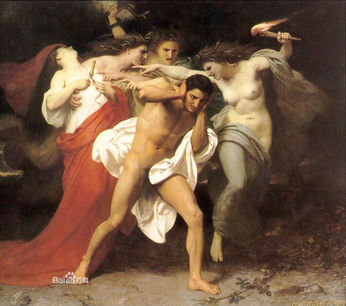