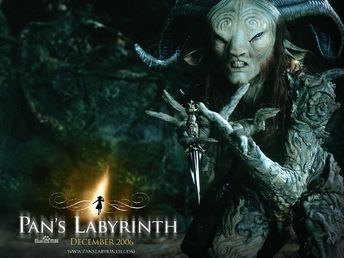 The God Pan is really a very ugly man, even his mother thinks so.  He's a man that include half human and half goat.
There's a story, one day there were many gods banquest beside the Nile River. And suddenly a monster appeared. All the gods turned themselves to sea animals and jumped into the river. As well as Pan, but he's too nervous, so he fail. He only turned half of his body to a fish, but the other part was still goat. Then Zeus set a constellation for him. That constellation is——Capricorn(摩羯座).