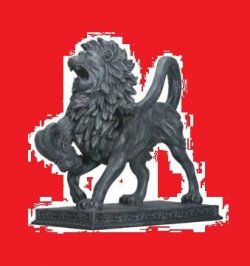 Chimera: A popular Greek mythology female creature, rumor that it first half is like a lion and the middle part of its body is like a goat, and the last part of its body is just like a monster and it is spitting the fire. But according to the legend, its head of goat is also can spit fire in its middle part of body. It is a very strong mythical creature, it is really dangerous, it can destroy all the farmlands and it also can kill the animals. It is a biology that has three powers of monster.
Bellerophon is a brave hero, Before proceeding to the combat, he went to meet some one and he directed him to pass the night in the Minerva's temple. When he slept there, Minerva came and gave him a golden bridle. Minerva also showed him Pegasus drinking at the well of Pirene. When he saw the sight of the bridle, the beautiful white horse came willingly and suffered himself to be taken. Pegasus brought him into the air and two of them flied to find the Chimera. And the was  Flying above the Chimera on Pegasus horse, bellerophon shoot arrows on the monster, then the breath of the creature was so hot that it melted the hero's arrowheads. Chimera was too strong and difficult to be defeated. Bellerophon then smartly attached a lump of lead to the point of his spears and then thrust them between the jaws of the beast. Then the monster burned its-self and dead.