Orpheus showed his talent as a musician poet, and prophet in ancient Greek religion and a nymph called Eurydice became his wife. They loved each other until Eurydice was set upon by a son of Apollo, Aristaeus, and she suffered a fatal bite by a nest of vipers on her way to escape.
Orpheus travelled to the travelled to the underworld to retrieve her wife from death. He used his musical charms to soften the heart of the King of the Dead, who allowed Eurydice to return - on one condition: He shouldn't look back to Eurydice until they both had reached the upper world.
But in his anxiety, he forgot that condition and looked back as soon as he reached the upper world. She was lost to him the second time, but forever.
Orpheus swore not to love another. 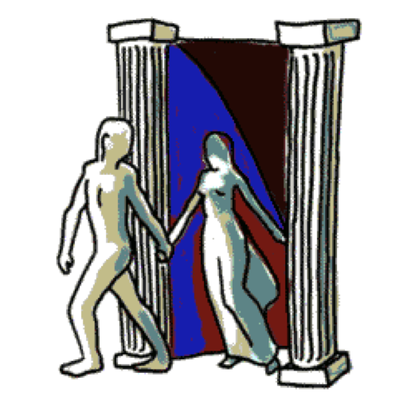 Orpheus and Eurydice by Guy Fiero.