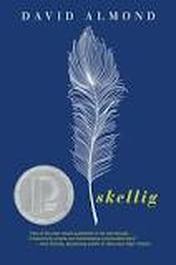 Michael and his family move into a new house. While his parents are occupied with caring
for his baby' sister who is in the hospital with a heart condition, he finds a strange man named
Skellig living in their crumbling garage.  It becomes apparent that there is something different
about Skellig. He is not quite human.

In the meantime while missing school, Michael becomes friends with Mina, a home-schooled
girl who is a free-spirit who marches to the beat of her own drum.  Together they try to discover
just who or what Skellig is while Michael's baby sister edges ever closer to death.

Can Skellig save her? 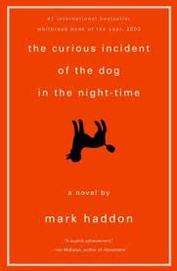 Christopher, an eccentric boy with autism whose mother has died two years ago and now lives with his dad, is thrust into solving the mysterious death of Wellington, the neighbors dog.  As he narrows down the suspects one-by-one to find the culprit, Christopher finds that he is actually investigating a case of a whole other nature.

The Alchemist by Paulo Coelho 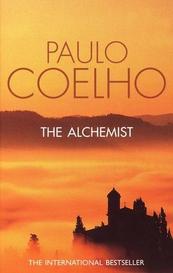 Santiago, a simple shepherd from Andalusia, longs to travel the world in search of adventure. The Alchemist follows Santiago's journey from Spain to the markets of Tangiers and to the deserts of Egypt in search of treasure and to know what he is meant to do in this world. He finally encounters an alchemist whose wisdom changes his life.

After Cole, an angry young man with a history of misbehavior and violence, savagely beats another student almost to death, he is given the option of Circle Justice, an experimental form of Native American justice that seeks healing and understanding rather than punishment.

Cole is sent to an Alaskan island where he must learn to heal, to forgive, and be forgiven. He must survive the harsh colds of the Alaskan wild and overcome the deep anger in heart.